An outsider getting inside stories from people on all sides of the law.
Cops, criminals, judges, lawyers and more.

My name is Mark Gavagan.

I've never been an attorney, judge, police officer or criminal, but I've been interested in their unique lives and experiences for a long time.

We don't always agree, but every conversation with someone in these worlds has taught me something.

One early influence is the 1991 book What Cops Know, by Connie Fletcher. Each time I read it, I'm fascinated and horrified by the stories and insights she's gathered from 125 Chicago police officers. Track down a copy, because it's definitely worthwhile. 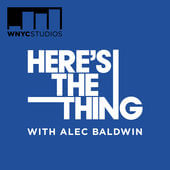 In 1988 I went to Rahway Prison in New Jersey, now called East Jersey State Prison, to do research for a film. Over the course of two weeks I interviewed several inmates who were incarcerated there. I met armed robbers, rapists, drug dealers, and murderers. And I’ll never forget one minute of it.

For over 40 years, Martin Horn’s career has focused on men like the ones I met, and the prisons they live in. He’s held every imaginable job in corrections, from debating the fairness of states’ sentencing guidelines to fixing leaky water pipes in aging facilities.

In 2002, Mayor Bloomberg appointed Horn Commissioner of the New York City Department of Probation. A year later, in an unprecedented move, Bloomberg gave Horn an additional job, Commissioner of Corrections. Horn held both positions until he left in 2009.

Leaving public office has allowed Martin Horn to be more vocal about his opinions on prisons, sentencing, and how to deal with our nation’s drug problem.

I heard that interview almost four years ago, but many of the ideas are still fresh in my mind. They've helped inform and shape my opinions.

There are dozens or (hopefully) hundreds of similarly insightful interview subjects, from all kinds of people, on all sides of the law.


Return to the home page