Our guest for this episode is Boone Phillips (pictured above), a criminal defense attorney and former prosecutor with the Chatham County District Attorney's Office. He's currently a partner and lead criminal trial attorney with the Savanna, Georgia law firm, Phillips Carson & Phillips.

The alleged perpetrator is Tommy Callaway, a married father in his 40's.

It is alleged, and depicted in the video immediately below, that when Mr. Callaway ran past Ms. Bozarjian as she was reporting on Savannah's Bridge Run race, he whacked he on her buttocks, and then kept running.

Check out this jerk smacking a @WSAV reporter's ass live on air. And sorry, that's my kiddo making horribly timed weird noises in the background. pic.twitter.com/6tzi6P1Jbo

Immediately after this contact, Ms. Bozarjian's expression and demeaner change dramatically - she appears stunned, upset, and in disbelief. A few seconds later, she resumes reporting, but still appears shaken.

This was all captured on live television, and the internet video above has been viewed more than 12 million times.

Even though he was wearing dark sunglasses, audiences were able to identify Mr. Callaway through other images of him and his race bib number.

Three days later, on Dec. 10th, Ms. Bozarjian appeared on the CBS This Morning national television program (the video is immediately below). A statement from Mr. Callaway's attorney was read, saying they regret the situation, but he "did not act with any criminal intentions ... We do not expect any criminal charges."

Around that same time, Mr. Callaway participated in a filmed interview with WSAV television's JoAnn Merrigan. That video is immediately below.

Note from Mark Gavagan: As you listen to Mr. Callaway's description of what happened (around 04:15 in the video above), consider the screenshot below, which I took from the live video, as contact was being made with Ms. Bozarjian. 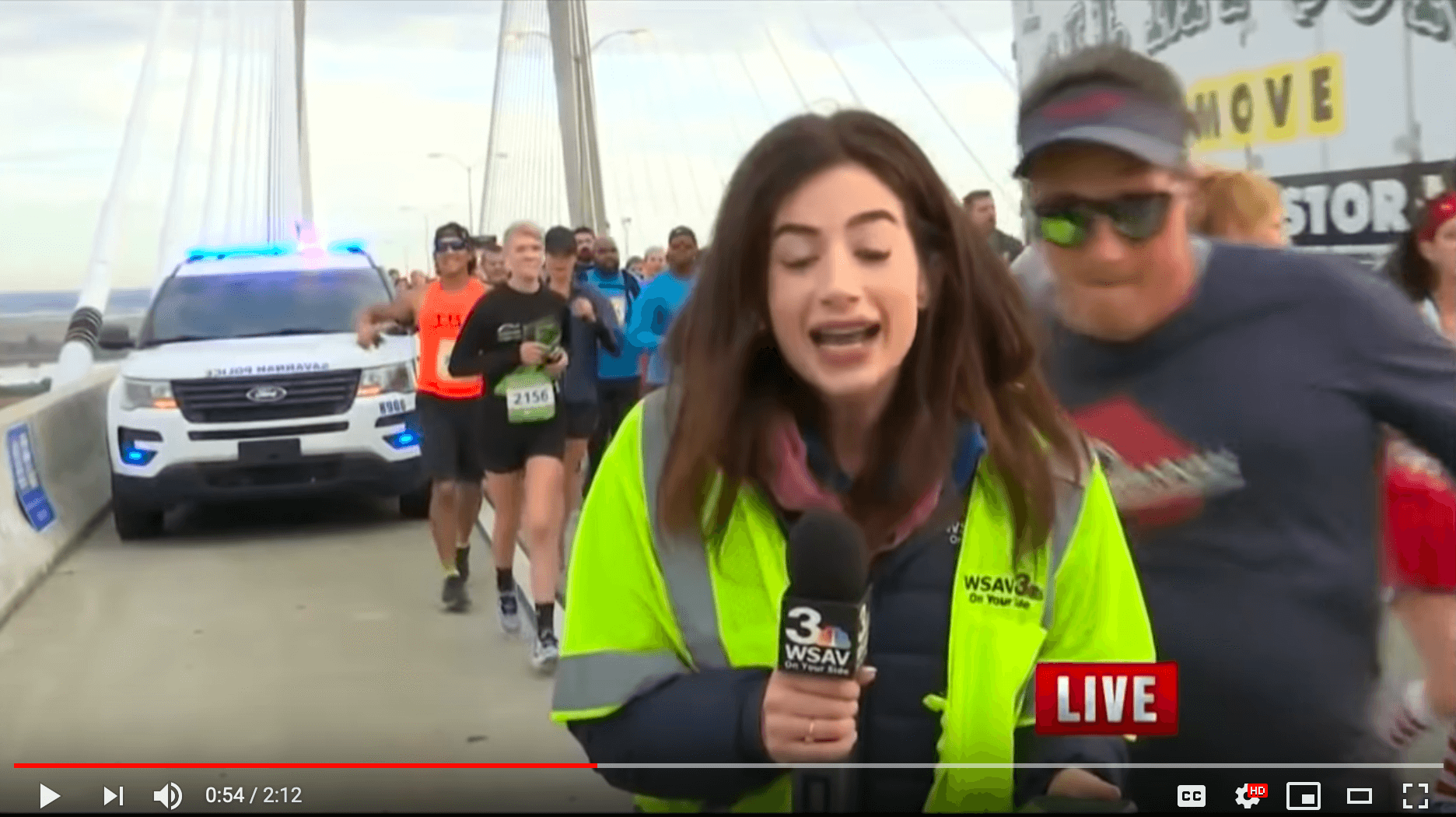 He turned himself in to detective, was booked at the Chatham County Jail, and was released on $1,300 bond.

This conversation has been edited for length and clarity.


Return to the home page